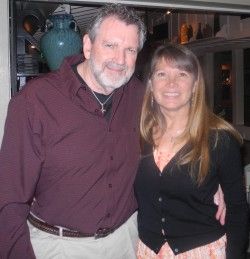 In 2005, we thought our life was perfect. We had been married 30 years and had been members of the Church of Jesus Christ of Latter-day Saints (LDS or Mormon) for 28 years, ever since the LDS missionaries knocked on our door in Indiana in 1977. After joining the LDS Church, we were blessed with four amazing children “born under the covenant” and active in the LDS Church. All three sons served obligatory two year LDS missions—Josh to Russia, Matt to Denmark, and Micah to Florida. Both of us had held numerous leadership positions over the years in what we believed was the only true church on earth, the one “with which the Lord was well pleased.” For a decade, we had worked inside a Mormon temple. We taught Mormon seminary.

The prestigious professorial job at Brigham Young University is what moved the family from Indiana to Utah in 1999. There we owned a nice home in Utah, got to know Mormon Tabernacle Choir members, Stake Presidents, BYU professors, attend weekly devotionals at BYU in the Marriott Center with significant speakers such as Sandra Day O’Connor and Mormon leaders, attend General Conference in the Conference Center downtown Salt Lake, and sometimes had access to Mormon General Authorities. Both of us had successful careers. In many ways, we were an exemplary Mormon family. Lynn was a tenured associate professor at BYU (the Mormon “School of the Prophets”). BYU professors are a kind of “sacred cow” that travel and represent the Church around the world. We were once hosted in China by the Ministry of Education. This is important in Mormonism because we were taught that those who did the right things would be blessed by Heavenly Father. We were unaware that God--the real One--was about to rock our world.

During our third son, Micah’s, LDS mission to Florida, God drew him to the Christ of the Bible when he read the New Testament, opened his eyes to the truth about Mormonism, and he became born again in Christ, the Biblical One, ON his LDS mission. He testified the truth that Christ was all he needed for salvation--Christ alone, grace alone—to about 60 fellow LDS missionaries. Mormons believe they must work for their own salvation, so this Biblical profession of his is contrary to Mormon doctrine. He was 20 years old. Micah was then grilled in an interview with his LDS Mission President, sent home, and 48 hours later went back to Florida to begin a Christian ministry called Adam’s Road (www.adamsroadministry.com) that reaches back to Mormons by putting God’s Word, the Bible, to music and emphasizing the scriptures that demonstrate doctrinal differences with Mormonism. Main Street Christian Church in Brigham City, Utah, did a documentary recently about the band members called Unveiling Grace that gently urges Mormons to consider the Biblical Christ.

We parents were stunned when church leaders called us in late January of 2006 three weeks before Micah was scheduled to come home, and said that he had a devil in him. We never believed it. The Holy Spirit had already begun working to draw us to truth as well. Lynn had learned many things at BYU about LDS history that horrified her—polygamy, racism, etc. She taught multiculturalism among other subjects at BYU and discovered the Church’s racist history from her students. Mike was especially disturbed about Doctrine & Covenants 132, the section in Mormon scripture about polygamy. We thank God He took us into the heart of Mormonism in Utah to learn the heart of Mormonism and to open our eyes to the truth.

Micah encouraged us to read the New Testament. We were desperate to hear the truth from Christ’s own words. Soon we couldn’t get enough of the Word of God from the Bible. Micah’s brother and his fiancé read The Word. His sister did, too, and one by one the Spirit of the Living God led us to know the Christ who saves. Once exemplary Mormons, we were now hungry for the Christ of the Bible. We thank God for His mercy to us personally. We write, speak, and bear testimony of this great transformation whenever God opens doors. We also answer the questions of Mormons seeking the truth and have seen many come to know the Christ of the Bible. We pray and believe God will pour out His Spirit of truth on the Mormon people. The best part for us now is knowing the Living Jesus of the Bible personally.

Blessed to be in Christ,