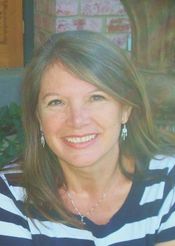 Lynn is a wife, mother, grandmother, scholar, and author with a doctorate in education. During more than two decades as a professor and researcher, and 20 years as a public school teacher, she has produced more than 60 scholarly publications, written five books, and mentored hundreds of students. Her experience, passion, and expertise lie in how to advance the academic and social-emotional success of “marginalized” students (in the book she calls them the world’s “throwaways”) who struggle in school. Once tenured faculty at Mormon Church owned and operated Brigham Young University (BYU), Dr. Wilder resigned from BYU and then from the LDS Church in 2008 when she experienced a crisis of faith. She is currently a professor emeritus at Florida Gulf Coast University, speaks, writes, and enjoys time with 7 much-loved, vivacious grandchildren.

Raised in Protestant Christian homes, Lynn and husband, Michael joined the Church of Jesus Christ of Latter-day Saints (LDS) and accepted the gospel according to Mormon Church founder, Joseph

Smith, as a young married couple. They were looking for a church home when the Mormon missionaries knocked on their door in Indiana in 1977. Mike and Lynn had no children at the time and immediately dove into a life of active participation with their new church “family.”

For 30 years, Michael and Lynn were temple recommend-holding, active members of the Mormon Church and held numerous leadership positions. Eventually, they had 4 children, all of whom were faithful and active in the LDS Church like their parents. The three oldest children—sons—served Mormon missions in Russia, Denmark, and Florida respectfully. Before their missions, the sons had served as stake youth leaders, seminary president, and their third son, Micah, worked in the temple. Their daughter held leadership positions as well. They all bore testimony of Christ often in church and were sincere and contented members of the LDS Church.

Over the years besides her professorship at BYU, Lynn served as an LDS Relief Society President, a Stake Primary President, a Stake missionary, a Young Women’s President, a Seminary teacher, a Gospel Principles teacher, etc., and worked in the temple. The Wilders moved from Indiana to Utah in 1999 when Lynn finished her doctorate and was hired at BYU. Mike established a business in Utah and the family continued to serve their church in the perfect Mormon life.

Then in 2006, everything changed. Their third son Micah read the New Testament multiple times on his LDS mission and discovered that the gospel of Mormonism was contrary to the gospel of grace taught in the Bible. He professed the God of grace and was sent home from his mission. Micah challenged his parents to read the Bible like a child. 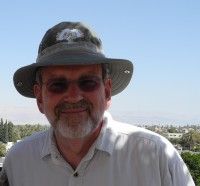 Michael Wilder is a husband, father, grandfather, business owner, speaker, and author. He completed his Master's in Accounting in 1977, after earning a B.S. in Computer Science and Mathematics. Michael has worked as an accountant and business owner in the financial field for...a long time. He and wife Lynn have raised 3 sons and a daughter: Josh, Matt, Micah, and Katie. All 4 are married. Josh, Matt, and Katie live in Florida with their families, run a Bed and Breakfast in Winter Garden called the Edgewater Hotel, and a Christian ministry, Adam’s Road. Josh, who has a degree in Communications, works and resides with his family in Utah.

Michael was home alone that day when the Mormon missionaries knocked on their door. A rational thinker, Mormonism sounded reasonable to him. Both he and Lynn wanted Jesus and believed they would know him in "the only church with which the Lord was well pleased" as LDS scripture says. Michael and Lynn joined the Mormon Church October 28, 1977 and were immediately active and faithful members. A year after joining, they received their patriarchal blessings and attended the Washington, DC Temple of the Church of Jesus Christ of Latter-day Saints. Michael received the Melchizedek priesthood in 1978 and was ordained a high priest in 1988.

Their son Micah’s born again experience greatly impacted Michael and Lynn. Challenged by Micah, they began to read the New Testament with the eyes of a child. The process Mike calls “breaking the Pharisee” (he being the Pharisee) was painstakingly difficult for him. Lynn’s journey was no less arduous but ended with untold joy in a personal relationship with Jesus. The Word is truly sharper than a two-edged sword. The family story is outlined in the book Unveiling Grace: The Story of How We Found Our Way Out of the Mormon Church. Today, Michael and Lynn are grateful to know the Biblical Jesus and to have come to a saving knowledge of the God of grace. So grateful, in fact, they went into ministry.